I recently had the opportunity to photograph the smart and stunningly beautiful Fleur who has her eyes set on a modeling career in the near future. I for one have no doubts whatsoever that she will achieve whichever goal she sets her eyes on. The future is female!:) 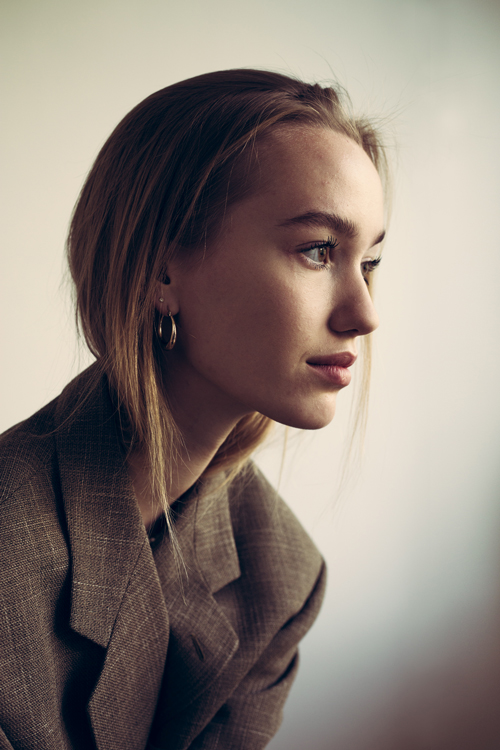 Listening to a lot of Arctic Monkeys and Franz Ferdinand’s first record.

It’s been a rather gloomy winter, or more to the point; I’ve been feeling rather gloomy this winter. One way out of this feeling is to have fun with friends. Which is why I asked my friend Maarten to come over and sit for me. While having a glass of rose or two, of course.;)

Listening to Cat Power ‘The Greatest” and Bonnie ‘Prince’ Billy ‘Ease Down the Road’.

I met Richard on a very unrelated family function, being his grandparents-in-law and my parents friends’ 50th wedding anniversary, and when he needed some photographs to accompany his first record we decided to collaborate. At first I wasn’t really sure of where to do the shoot so about a week prior I went on a drive looking for a cool location. I found a derelict, abandoned mansion just a few minutes from where I live and decided that was the perfect place to shoot. Although we couldn’t actually get in the building the grounds were rather enchanting, quiet and provided us with enough privacy to simply get on with it. 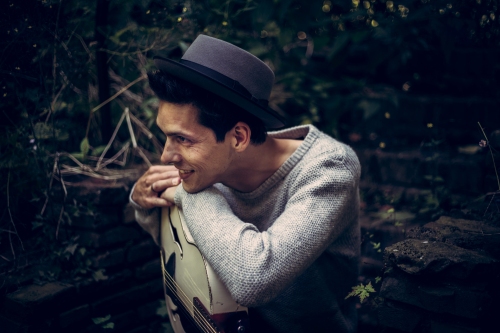 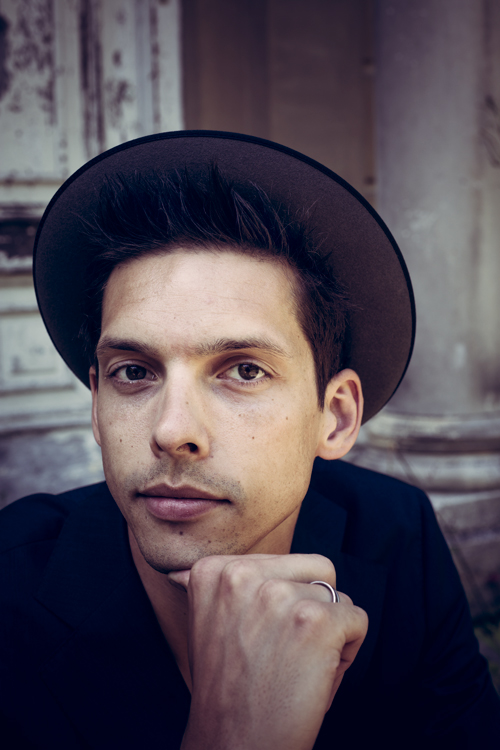 “You see, I have a strange serendipitous relationship with Hot Water, but I don’t think they actually know this. Looking back it seems that I always see them around the time of changes in my life.” 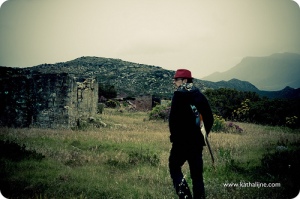 Those are my words, written when I interviewed Donovan Copley for Portfolio Collection’s Travel Blog nearly two years ago (full interview here: Talking To Hot Water – Connecting The Dots Through Life And Music). Strangely and amazingly enough, those words are still true. I saw them perform in The Hague this past weekend and it occurred to me that once again, decision-making and the changes that come with that, are on the horizon. Self-inflicted deadlines and self-inflicted limits between failure or success. Why do we do that? How does it happen that one loses faith when first you had the conviction to that what you felt and thought were right? It’s easy to point the finger at others, blaming them for messing with your head, while in fact those voices have always been there and it never stopped you before. Not making decisions has a paralyzing effect on me. I do know that there is only one way back from to and that is to get back on the proverbial horse. I hope it rears up and gallops straight into the fields of possibility.

In case you were wondering about the Hot Water gig last Saturday, it was awesome as always. The band consisted of Donovan Copley (vocals, guitar), Ronan Skillen (didgeridoo, various drums), Andre Schwartz (drums), Soubry Makupula (back up vocals) and I am ashamed to say I don’t know the bass players name. They played, roughly, for an hour and half with songs from their 3 albums. During one of their new songs ‘Lekker Sakkie’ they invited people to come up on stage for a dance contest, a “langarm” dance contest at that. Unsurprisingly, there were not many people in the house who knew what “langarm” was, in fact there was only one couple, a guy from P.E. and is girlfriend. Not surprisingly:)

I hadn’t seen them perform in over a year, and it was cool hearing some new songs as well as a Bob Dylan cover, watching Soubry dress up as a woman and Donovan climbing up onto the rafters during the encore ‘Tribal Man’.

Climbing up onto the rafters… to get a new perspective on things, perhaps? See, I told you I always seem to meet them when the times are a changing. Soon, I’ll be wearing shades:)

The photos photos were taken on Red Hill, just outside Simon’s Town, on a cold winter’s day. The title comes in part  from the Man Man song ‘Life Fantastic”